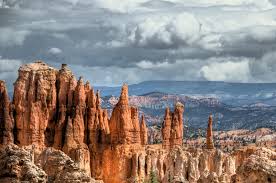 The Comparative Safety of Politics

The Comparative Safety of Politics 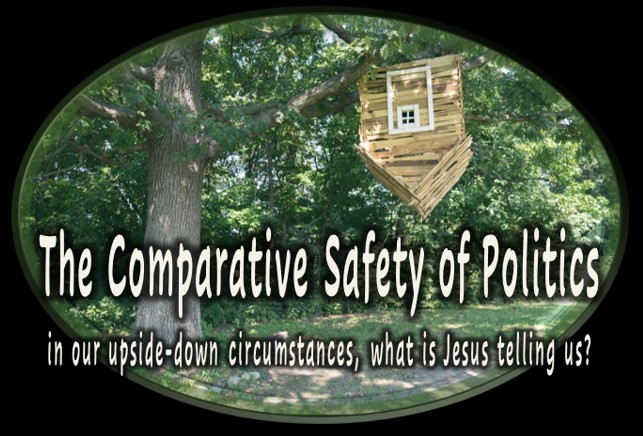 A Most Important Position

Right out of college I was pursuing a career in politics. I was blessed with some potent opportunities that if I had followed up on them would today have resulted in a successful career. Yet God called me to serve his church:

Soldiers don't get tied up in the affairs of civilian life, for then they cannot please the officer who enlisted them. (2Tm 2:4 NLT)

I’m not dissing anyone who has been called to politics. It, as with most secular callings, is an honorable way to serve the Lord and his kingdom (Mt 6:33). Instead, I’m offering an observation as to why, even though I still care deeply about the social, cultural, economic, and political life of our country, you won’t hear me offer much by way of an earthly opinion on current events. I serve in a most important position, one that demands I focus on a different kingdom than the ones of this world:

… the grace given me by God to be a minister of Christ Jesus to the Gentiles in the priestly service of the gospel of God, so that the offering of the Gentiles may be acceptable, sanctified by the Holy Spirit. (Rom 15:15-16 ESV)

With this qualifier in view, I’d like to discuss a number of topics out of the current affairs file. My purpose is not be to persuade you to some civil action (e.g., “vote for …!”). Instead, my purpose is to answer this question: since Jesus is in charge, what’s he telling us with the troublesome things happening in our nation?

What a great word, cattywampus (catawampus): things usually arranged in a different order are now all askew, so disorganized as to make one cross-eyed observing them. That’s our nation right now: cattywampus.

These things are not isolated examples, but increasingly the norm. Examples filling out thousands of words could be added, but let me focus these things in one scenario. Pick which of these you think is more likely to be true:

Trouble picking which of these is fact? Don’t worry both are true! In this cattywampus culture, the witness and the legislator are evil, and the M13 gang members and doctors prescribing life-mutilating drugs are saints!

The View From Above

How do we explain the upside-down state of our culture? How do we explain the wealthiest, most politically free, and greatest opportunity nation in history pursing her own destruction? No, America is not the land of perfect justice and perfect mercy. Americans are still sinners bent on their own self-interest. Yet any honest observer of history must conclude that America has nevertheless been blessed with the greatest degree of personal wellbeing for the largest number of citizens and immigrants!

From the view from above, looking at these things from the perspective of the throne of King Jesus, these cattywampus details are evidence of God’s judgment on us. We are very much like people who claim to be wise:

Claiming to be wise, they instead became utter fools. And instead of worshiping the glorious, ever-living God, they worshiped idols made to look like mere people and birds and animals and reptiles. So God abandoned them to do whatever shameful things their hearts desired. As a result, they did vile and degrading things with each other's bodies. They traded the truth about God for a lie. So they worshiped and served the things God created instead of the Creator himself, who is worthy of eternal praise! Amen. (Rom 1:22-25 NLT)

We are very much like people who claim to be able to see clearly:

And he said, "Yes, go, and say to this people, 'Listen carefully, but do not understand. Watch closely, but learn nothing.' Harden the hearts of these people. Plug their ears and shut their eyes. That way, they will not see with their eyes, nor hear with their ears, nor understand with their hearts and turn to me for healing." Then I said, "Lord, how long will this go on?" And he replied, "Until their towns are empty, their houses are deserted, and the whole country is a wasteland; until the LORD has sent everyone away, and the entire land of Israel lies deserted. (Isa 6:9-12)

This biblical principle applies to our secular nation (Jer 18:7). Consider God’s words to the pagan Ninevites:

"Get up and go to the great city of Nineveh, and deliver the message I have given you." … On the day Jonah entered the city, he shouted to the crowds: "Forty days from now Nineveh will be destroyed!" (Jnh 3:2, 4)

But the threat it is even more personal for believers in America. The spiritual blindness and threat of destruction are warnings to God’s people:

And don't forget Sodom and Gomorrah and their neighboring towns, which were filled with immorality and every kind of sexual perversion. Those cities were destroyed by fire and serve as a warning of the eternal fire of God's judgment. (Jde 1:7)

This is what is really going on in the crazy cattywampus circumstances in our land: they are warnings to God’s people that they are not walking with him in faith and repentance through the Lord of Lords and King of Kings. They are warning that we need to repent and return to our first love, serving Jesus and his kingdom.

We must seek the godliness and holiness that comes through faith and repentance. We must live out the fruits of new life: witnessing to family/friends/neighbor/strangers. Viewing things from above, politics is comparably safer:

Dear Lord, like Isaiah we confess that we are sinfully rebellious, living amidst a sinfully rebellious people. We’re more comforted by our earthly treasures than we are hungry for the eternal riches found at your side. Our witness to people is shallow at best, suggesting you’re a better life-coach than they can find anywhere else. Forgive us. Give us bravery and compassion, that we might tell them that only in Jesus is there hope for their doom’s demise.