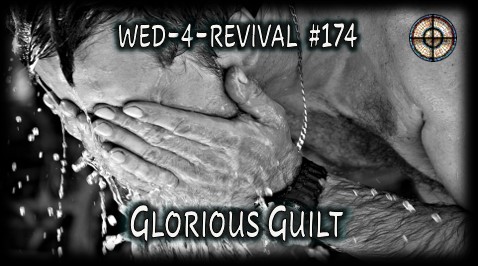 This week, yet again, another church leader got caught in sexual sin. Whatever he is actually guilty of, this church leader has been giving evidence of being sexualized for years. That is, for quite some time he has been known to demonstrate the world’s attitudes, beliefs, and code regarding sexuality. What is sadly not true is that this professing disciple of Christ has NOT been known for living in the chaste demeanor and character of a child of God who rejoices in God’s gift of sexuality, a gift that ONLY applies in a legitimate heterosexual marriage.

Thinking about this latest revelation of the immorality of those identified as shepherds in Christ’s Church, I can’t help but reflect (yet again) on how dangerous sexual sins are to one’s life:

Flee from sexual immorality. Every other sin a person commits is outside the body, but the sexually immoral person sins against his own body. (1Co 6:18 ESV)

As we consider the growing need for revival in our land, it will be important for us to consider (yet again) the terrible danger of sexual sin, and the only Hope that can banish that danger from our lives.

God’s position on sexuality (any internal or external motions toward sexual behavior) is NOT against all sexuality. Instead, it is only against disobedient sexuality, which denies his purpose for it. God’s command is twofold: 1) NO sexuality outside a legitimate heterosexual marriage, and 2) YES sexuality inside a such a marriage. God’s reason for this no/yes is because of his purpose for sexuality: sexuality between a husband and wife is the best natural world picture (i.e., within general revelation) of Jesus’ intention for his people to have a perfect intimate relationship with him that yields eternal glory and joy in their lives (Heb 13:4; Gn 2:25).

Those who engage in disobedient sexuality therefore incur the deepest of God’s condemnation on themselves:

Or do you not know that the unrighteous will not inherit the kingdom of God? Do not be deceived: neither the sexually immoral, nor idolaters, nor adulterers, nor men who practice homosexuality, nor thieves, nor the greedy, nor drunkards, nor revilers, nor swindlers will inherit the kingdom of God. … Food is meant for the stomach and the stomach for food"-- and God will destroy both one and the other. The body is not meant for sexual immorality, but for the Lord, and the Lord for the body. (1Co 6:9-10, 13)

But as for the cowardly, the faithless, the detestable, as for murderers, the sexually immoral, sorcerers, idolaters, and all liars, their portion will be in the lake that burns with fire and sulfur, which is the second death." (Rv 21:8)

Sadly, rather than pause at this warning, many (both in the world and in the church) instead flaunt their “sexual freedom”. They do not understand that rather than being free, they are actually enslaved to their lusts:

For, speaking loud boasts of folly, they entice by sensual passions of the flesh those who are barely escaping from those who live in error. They promise them freedom, but they themselves are slaves of corruption. For whatever overcomes a person, to that he is enslaved. … Do you not know that if you present yourselves to anyone as obedient slaves, you are slaves of the one whom you obey, either of sin, which leads to death, or of obedience, which leads to righteousness? (2Pe 2:18-19; Rom 6:16; cf. Isa 3:9)

Keep your way far from [the sexually immoral person], and do not go near the door of her house, lest you give your honor to others and your years to the merciless, lest strangers take their fill of your strength, and your labors go to the house of a foreigner, and at the end of your life you groan, when your flesh and body are consumed.  (Pro 5:8-11)

Beloved, I urge you as sojourners and exiles to abstain from the passions of the flesh, which wage war against your soul. …  You have set our iniquities before you, our secret sins in the light of your presence. (1Pt 2:11; Ps 90:8)

Sin, especially the delights of private perversion, do indeed bring pleasure. But it is a fleeting pleasure, and one that only yields destruction:

But what fruit were you getting at that time from the things of which you are now ashamed? For the end of those things is death. (Rom 6:21)

We need to be clear in our warning against sexuality outside legitimate heterosexual marriage, if only because it is a common sin ensnaring and carrying of into eternal hell millions around us. The ensnared ones include both shepherds and sheep professing faith in Christ. For their sake we must be clear on the true danger they face. And we must also be clear on the sufficiency of Jesus Christ for this among the worst of sins.

Or do you not know that the unrighteous [including the sexually immoral] will not inherit the kingdom of God? … And such were some of you. But you were washed, you were sanctified, you were justified in the name of the Lord Jesus Christ and by the Spirit of our God. (1Co 6:9-11)

Jesus has, and will continue, to break the slavery-bonds of sexual immorality for all who by the Spirit trust in him. Yes, they may still struggle with the sweet-siren call of these perversions of God’s gift of sex. Yet, in time, through nothing more than the simple means of grace, they can be freed from these bonds. In the Christian life even guilt has now become a blessing. Guilt drives us back to Christ, where we find assurance of justification (Rom 8:1), and then sanctifying forgiveness and cleansing (1Jo 1:9) from our sins. This is what we desperately need to tell the world and the church, that Jesus is all sufficiently glorious, even in our guilt from sexual immorality.

Dear Lord, search us and show us our hidden sins, the things we don’t want to admit aloud. Then show us that Jesus is sufficient for these sins, and even worse sins than these. Then send us to our family/neighbors/friends /strangers with this good news – even Sodom and Gomorrah could have been saved through faith in Jesus.

More in In the Valley